First story-  Eddie Smith was home alone at 9 p.m. Eddie doesn’t get out much.  He is a 69 year old Vietnam war veteran and confined to a wheelchair.  Eddie heard someone force their way into his home through the back door.  Eddie rolled in that direction to investigate.

Eddie found an intruder standing in his home and the intruder lunged toward Eddie.  In his wheelchair, he couldn’t retreat fast enough.  Eddie presented his firearm and shot the intruder in the chest.  The intruder ran away and collapsed about 100 yards from the residence. Both Eddie Smith and his neighbors called 911.   The intruder later died at a nearby hospital.

Robyn- The intruder did not expect a Eddie to be able to defend himself.  In contrast, Eddie planned and trained for a potential break in.

Eddie was in his own house behind closed doors.  Home is where we think we’re safe.  The intruder forced his way through the door so it appears that Eddie had locked and secured his house.

After 9 p.m. with the doors locked most people feel secure in their home and let their guard down.  Eddie did not have time to gather tools and plan for an attack.  He had to recognize a threat and deal with it.  Thankfully Eddie had a firearm with him.  That brings up a very important point.  If Eddie had locked the firearm inside a safe, he probably would not have been able to get to his firearm in time.  Eddie’s story shows us how important it is to keep our firearm loaded and on our body.  Gun owners need to find holsters that are as comfortable as possible so that they will be willing to wear their gun whenever possible.

Bad guys are not looking for fair fights they are looking for fights that they can win.  Eddie was in a wheelchair and the intruder was nimble enough to force his way in the door and to run away.  This was not a proportional threat.  Predators pick people that they feel they will be able to overpower. Perhaps that is why this intruder chose Eddie’s house. If Eddie had not presented his firearm it does not appear that things would have gone will for him. I image the intruder was shocked by Eddie’s reaction to the attack.

Eddie went to investigate the sound of someone breaking in through the back door.  It might have been better if Eddie would have retreated to a safe defensible position.  He could have given himself an advantage of concealment or cover.  In this case Eddie was able to defend himself even in the close proximity.  Good for him.

Eddie obviously realized this and did not shoot the intruder in the back.  Good for Eddie.  He was in control of the situation and was constantly evaluating the threat.

Finally, Eddie did the right thing when he called the police.  Overall, good job Eddie.

I think that does it for our first story.  Our next example took place in Oklahoma.

Second Story-  This second story starts at 9:30 on a Sunday night.  A homeowner was shocked when she heard two young men crash into the front door of her Tulsa home.  She ran to her bedroom and grabbed her gun.  The two men pursued the homeowner down the hall toward her bedroom.  She fired three shots as they advanced toward her.  She shot one suspect in the chest.  The suspects ran, but were later found at a local hospital.

Robyn – Another home invasion fairly early in the evening.  This reinforces how important it is to be prepared to defend ourselves even when we are in our home.  In this case the woman retreated to her bedroom and grabbed her firearm.  I think that going to a predetermined place is a good idea.  It is a good idea to evaluate our homes prior to attacks to determine areas that provide concealment or cover.  In this case from her bedroom she could see the two intruders proceeding down the hallway toward her.  She gave herself an advantage by choosing that location.

Rob- What if the victim was on the other side of the house and away from her safe room?

Rob- What does it mean to stack your opponents?

Robyn –  The hallway forced the intruders to stand one behind the other.  That means only one intruder at a time could attack the homeowner.  This allowed the female homeowner to prioritize which intruder that she needed to address first.  The first one down the hallway was her imminent threat. She could turn her attention to the next intruder after she dealt with that first threat.

We also learned that she fired three shots striking one of them in the chest.  This is why all of us need need to spend time at the range training.  We need to be able to accurately place rounds in moving intruders while we are in a very stressful situation.  The time to train and prepare is before the attack occurs.  You never hear anyone say “man I wish I had not spent so much time at the range” after they have been attacked. If possible find a place where you can use reactive targets like a star, programmable targets or simulators. So often at the range we shoot paper targets that are 21 – 30 feet in front of us. The targets don’t move or turn, and we have plenty of time to shoot.  Real life is a dynamic situation and time is precious. We need to train that way when we can.

She also called the police.  That was the right thing to do.

Third story- A thief first tried to rob a man standing behind a Tampa Bay Liquor store.  The 24 year old robber was wearing a bandana and carrying a 9mm handgun.  The victim said he didn’t have any money.  The thief then pushed the victim into the store and tried to rob the two employees sitting in the store’s back office.  One of the employees had a concealed carry license and was armed at work.  The employee shot the robber several times until the robber dropped his gun.

The robber had a significant record of criminal convictions for grand theft, for burglary, and an arrest for conspiracy to commit murder.

Robyn- I think we have all seen workers stepping out a back door during their break.  The employees don’t think about compromising the building security when they are just stepping outside for a break.  I am imagine that there were employees aware of everyone entering the store from the front door, but they were not prepared for someone entering from behind.  If there is a door or a gate, it needs to be locked whenever possible.

Rob- The employee who was probably smoking in the alley put the rest of the employees at risk because he was unarmed.  He was an easy hostage.

The man who had stepped outside is very fortunate that the armed robber did not hurt him.  Instead, it appears that would be robber used the man on his break to enter the building and to lead him to the office.  Thank goodness that the employee were prepared.  Once again, we see an attacker that has had time to gather tools and prepare for this attack.  He already had his gun out.  The concealed carry holder in the office had to immediately react to the situation presented.  He was swift, decisive and accurate.  He did not waste anytime stuck in a denial loop or trying to figure out why it was happening to him.  He recognized a threat and immediately took action to stop it. His swift reaction also tells me that he had spent some time training to present his firearm. Even though they were in close proximity, he had to be accurate.  If he had missed, he could have injured an employee or customer.  That is why we all need to train with our firearms and other self-defense tools.  Accuracy is critical.

This story could have had a much different ending if the employee had not made the decision to get his concealed carry license.  Beyond that, he had made a commitment to adjust his lifestyle to carry the firearm with him.  The planning and training before the attack probably saved their lives.

The business owner called the police and asked for an ambulance for Torres, the intruder.  It is important to get help on the scene as soon as possible.

Rob- You practice that phone call with your students, don’t you?

Robyn- Yes we do.  It is important for the students to prepare so that they will have some idea what to the tell first responders and what part they need to share with their lawyer in similar situations.

Exit- That wraps up this episode. Robyn, thank you for helping me today.  Where can our listeners find you?

Robyn- I teach in Naples Florida, and our listeners can find me at Step by Step Gun Training.com  We design custom training as well as offer standard group classes.

Rob- We had two messages from listeners-  One asked about our show notes.  We post transcripts with web links at Self Defense Gun Stories Dot Com.  Some pod-catchers also include those transcripts along with each podcast.  We always have the stories in the transcripts.  We don’t always have the comments.

Robyn- We’ll include the instructor comments if our listeners ask for them.  So please let us know what you want. 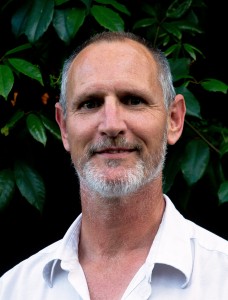 Rob- One listener objected when I used the term “old man” during one of our stories.  I am a gray haired old man, so no offense intended.  I’ll call them elderly.

Rob- Please leave your comments on our facebook page.

One Reply to “Episode 15 with Robyn Street”