Rob- Introduction- Welcome to episode 90 of Self-Defense Gun Stories.  This podcast is for people who might want a firearm.. and for those who already have one.  I’m your host, Rob Morse, and firearms instructor Robyn Street joins us as to co-host this week..

Robyn, please introduce us to our new listeners. 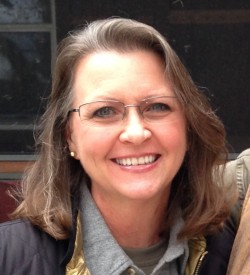 Robyn- We discuss three recent examples of armed civilian defense each week. Leave us a message on our facebook page with your questions or comments. Our first story took place last week in San Antonio, Texas. Tell us what happened.

Rob- First story-  Are you armed when you’re out to eat with your family?

You and your family are eating at Popeye’s Chicken. Actually, you’re waiting for two of your children to finish washing their hands in the bathroom. It is after 8 in the evening when a man walks up to the cash register and demands money. He is wearing a mask. Now you realize that the store is being robbed. The employees run out the back of the store. The robber turns to you as you and your family. You ask if you can leave. He says no. He demands your money. Then the robber waves his gun at you and your children. The robber looks back at the cash register for a moment. You present your handgun and shoot the masked robber several times. You and your family run from the restaurant. You can barely talk and someone else calls police for you.

Robyn- So glad he was armed.  Be aware of alternate exits when you enter a room.  There is a tactical advantage to seating placement and type.

Rob- It isn’t like our defender could run away and leave some of his family behind.

Robyn- Give the robber your wallet..even if it is empty.  But remember that compliance does not guarantee safety.

Rob- Your wallet..or the store cash register is something else for the robber to think about; something besides shooting you. Is it appropriate to shoot the robber in the back if he turns away from you?

Robyn- You said that the father was waiting for two children to go wash their hands.  He was facing a very difficult scenario.  The father had his family separated with the bad guy in between them.  The father also had to be very aware of the innocent bystanders.

Rob- That doesn’t answer my question. The robber pointed his gun at the children. Now, he looks away, maybe at the cash register. Can I shoot him, even if it is from behind?

Robyn- Our armed dad was patient. He waited until he had time to act. He had it concealed in such a manner that it was a surprise to the armed robber.  Also, he was not frozen in fear or uncertainty. He saw his opportunity and he acted.  I think our defender had practiced presenting his gun from under his clothing so he knew how much time he needed. Good for him.  The story would have been much different if he had not had a gun with him.

Rob- He waited. He recognized an opportunity when it came, and then he acted.

Rob- is there more?

Robyn- If possible be the first person to call 911.  The witnesses are important. If you’re a stranger in the area and there are a gang of robbers, they can all say you started it. The call to the police helps establish that you are the victim and they are the criminals.

Rob- What do I say to the police when I call?

Robyn – I recommend the say little approach.  As we train to use a firearm we also need to train concerning legal issues.  What is legal, where is it legal and what is justified.  We need to prepare for the physical battle and for the potential legal battle.

Rob- Second Story-  Are you armed as you deliver pizza?

You are delivering a pizza late at night. It is dark. You get out of your car and walk up to the address with pizza boxes in hand.  Two men run from around the building. One of them has a gun. You raise your hands and one of them hits you on the head with his gun. You run to your car. The two men start shooting at you. Now you’re behind your car. You draw your pistol and shoot back. The robbers run. You drive away and call police.

Robyn – Pizza delivery is very dangerous.  Pizza drivers are traveling to unfamiliar places.  They have money.  Potential attackers have the advantage of knowing where and when they are summoning their potential victim.  In this case, it was a group of bad guys that were prepared to ambush the pizza delivery man.

Rob- So delivery drivers should be armed..and I hope trained.  What else?

Robyn- This is another example of the parking lot problem. Our hands are full when we leave the grocery store, and this pizza delivery driver had his hands full when he walked up to a strange building.

Rob- We’ve tied ourselves up with packages. He had his hands full of pizzas.

Robyn –  Be prepared to drop or throw all unnecessary items and get to business defending yourself.  I hope that he threw the pizzas as soon as he saw them running toward him.

Rob- What else should he do

Robyn – This encounter occured at night at an unfamiliar location.  I encourage people to carry a flashlight.  Flashlights are good for general safety and also let others know that you can see and identify them.  In some cases people attribute a sense of authority with the flashlight.  Police carry flashlights, that might be the only person that the criminals have seen using a flashlight.  It might be enough to get them to change their plan.  The pizza delivery man had his hands full but he could get the flashlight that attaches to the bill of a hat.  Hands free and he would be able to see.

Robyn- I don’t know what the front of the building looked like. Maybe running was a good idea, or maybe this driver wasn’t as confident about how much time he needed to present his concealed firearm.

Robyn – I would hope that all pizza delivery men have their head on a swivel, aware of their environment and at the first sign of trouble be prepared to leave the environment.

Rob- The driver shot back after he was being shot at. Did he need to wait, or was it justified to shoot first?

Robyn- As soon as the delivery driver was in fear of death or great bodily harm, he was entitled to self-defense.  In this case, he was being ambushed by multiple attackers that were armed with a gun.  He could most definitely articulate why he was in fear for his life.

Rob- The driver drove away before he called police. Is that a problem?

Robyn- Get to safety first. Then call the police.  I would advise to make that call as soon as possible. Our third story happened last week in Dawsonville, Georgia.

Rob- Third story- Are you armed when you stop for gas?

You’re a middle aged woman. You’re filling up your gas tank in the middle of the afternoon. You see a sheriff’s deputy pull up to the gas station with someone in the passenger seat.  A moment later, the stranger is hitting the deputy. You hear the deputy cry for help. The shouts continue. You step to the passenger side of the patrol car and shoot the attacker. The attacker gets out of the car and runs across the street. There, he attacks an elderly lady. A group of people tackle the attacker and hold him until police arrive.

The deputy, the suspect, and the elderly woman were taken to a local hospital for treatment. The armed good samaritan was questioned and released.

Robyn- This is the second story this week where our defender is protecting other people.

Robyn- It can be hard to tell who the bad guy or bad gal is in a domestic dispute. It is obvious when a robber is threatening our little children. It is also an easy situation to figure out when you see someone hitting a police officer and the attacker trying to take the officer’s gun. The officer was yelling for the homeless person to stop.

Robyn – A situation like this happened near us.  A man was attacking a police office along side the road.  A citizen stepped in and saved the police officer.

Rob- The attacker was able to run away after he was shot.

Robyn – Can you believe that even after being shot and running away from a fight  the attacker ran across the street and attacked and elderly woman.  Obviously, he had not learned his lesson yet.  Luckily there was a group of people that tackled the attacker and held him until the police arrived.

Rob- This happened in the daytime. There are other people around, and you are pumping gas next to a cop car. This doesn’t seem like a dangerous place.

Robyn- True. It is safer than a dark alley in the middle of the night, but it is never completely safe. We need to be aware of our environment at all times.  This woman had a gun on her body. She was prepared to help the police officer in a fraction of a second. She could have helped herself or her family that quickly too.

Rob- What training do your students go through so they can present a firearm that way?

Robyn- Safety, license or permit to carry, range practice so students have the skills to deal with the situation, mental practice so you recognized the situation, legal knowledge to know the rules of engagement and to understand the potential legal aftermath.   Lots of people saw the police officer being attacked. This woman recognized the problem and knew she could help and that she should help. She was mentally prepared as well as physically prepared.

Rob- Where do your students become mentally prepared like that?

Robyn- We talk about self-defense situations. We brainstorm what they could do and what they think they should do. We discuss what to look for in our environment.  This mental training reduces the likelihood that that we will freeze or panic.  Scenario based training increases the likelihood that we will be able to stay in a rational state and make good decisions.  We need to be able to analyze a fluid situation, make appropriate plans and take action.

Exit-  Rob- That wraps up this episode. Robyn, I enjoy it every time you’re with us. Where can our listeners learn more about you?

Robyn- You can find me at Step by Step Gun Training in Naples Florida.  We provide custom training courses as well as group classes.  Our listeners can leave me a message for us on the Step by Step Facebook page.

Robyn-  We share this podcast with you for free.  Please share it with a friend and give us a rating on I-Tunes and Stitcher. We’re also available on Google Play Music, and Spotify.