Rob- Introduction- Welcome to episode 116 of Self-Defense Gun Stories.  This podcast is for people who think they might want a firearm for self-defense, and for those who already have one.  I’m your host, Rob Morse. We have firearms instructor Tiffany Johnson with us as co-host.

Hi, Tiffany.  How have you been? 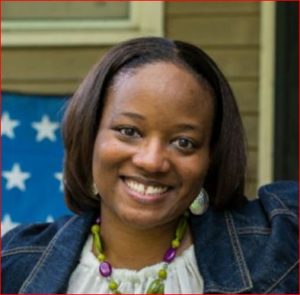 Tiffany- Hi, Rob.  I’ve been too busy with classes and my day jobs.

Tiffany- We study three recent examples of armed defense.  These gun owners survived a life threatening situation. What should we do if we were in their place?

It is Friday night and you’re having some friends over. Sometimes friends invite friends, so you see several strangers in your home and you ask them who they came with. They invited themselves, so you ask them to leave. They argue, but they go away. Not too long after that, you hear a terrible crash from your front door. These strangers kicked in your front door and are now standing in your hallway. You grab your gun and shoot at the intruders. Now they run.

Two of the attackers are wounded. Their friends took them to separate hospitals with non- life threatening injuries.

Tiffany- The door was locked.

Rob- Yes it was. That gave the homeowner more time to react as the home invaders broke down his door. A video camera and a motion detector would have given him warning too.

Tiffany, Yes, and they would have bought him even more time. The homeowner also had a firearm nearby. It’s unlikely that the gun was carried concealed, but even in anti-gun Carlsbad, California, you may still carry concealed at home.

Rob- Was the use of force justified?

Tiffany- Violent entry by multiple men is considered justifiable cause for self-defense. This wasn’t the fire department breaking through a door to get to someone who was trapped in a fire. This sounds more like gang activity.

Rob- It sounds like that to me too. But that can happen to honest people too. What should we do if we were in their place?

You hired several men to work on a construction project on your property. The sounds changed from the sound of saws and hammers, to the sound of screams and yells. You see one of the construction workers hit another worker with a hammer..several times. You grab your shotgun and run to the scene. You yell for the attacker to stop and threaten to shoot him. Now he stops the attack. You then shout for the other workers to call police and EMTs. You tell the attacker not to move. Sheriff’s deputies arrive by helicopter and secure the scene. The victim was taken to the hospital by ambulance and required surgery for life threatening injuries to his head. The attacker was arrested, and out on parole.

Tiffany- You want to investigate who you’re inviting on your property. This homeowner had a friend doing the construction work. The other laborers were friends of friends. That means you don’t know who is in your house. Real professionals have a license and are bonded to protect the homeowner from issues like this one.

Tiffany- It sounds like this was a rural neighborhood and the homeowner had a loaded shotgun at hand.

Rob- That is why the cops used a helicopter to get there quickly. What should we do with a violent criminal once he’s stopped an attack on a third person?

Rob- Third story- Are you armed at night?

It is after midnight. You are staying at your parents home when you hear breaking glass. You grab your gun and investigate. There you see a stranger standing in the front room of the house and he has something in his hands. You tell him to get out. He walks toward you. You shoot him until he stops advancing. Now your folks are awake, and they call 911. EMTs take your attacker to the hospital. The police recover 7 empty shell casings.

Your attacker had an arrest record for home invasion. Police think he’d broken into two other homes that night.

Tiffany- This is the california episode, isn’t it?

Rob- People defend themselves even in anti-gun California.

Tiffany- Of course they are. Thousands of us need to defend ourselves every day.

Rob- Would you explain why lethal force was justified in this case?

Tiffany- At home, dark of night, the intruder didn’t stop when confronted.

Rob- What does it mean by shooting until the attacker stopped?

Tiffany- We’re employing the firearm as a tool. It can stop a person from attacking us or other innocent parties. Once that attack is stopped, then our justification for using lethal force stops also. You may have every right to shoot a criminal who has broken into your home and shows every sign of attacking you. Once the criminal turns to run, you have to stop shooting because the attacker is no longer a threat.

Rob- What do you tell your students to do?

Tiffany- you don’t have much warning. By the time you knew there was a problem, the intruder was already in your home. There were several family members in the home, so you probably don’t have time to gather together and barricade behind your bedroom door. That limits your options, so you might have to confront an intruder as this man did.

Exit- Rob- And speaking of ??? that wraps up this episode. Tiffany, thank you for helping us again. Where can we learn more about you?

Tiffany-  We share this podcast with you for free.  Please share it with a friend and give us a rating on I-Tunes and Stitcher.  We’re also available on Google Play Music and Spotify.