This podcast is for people who might want a gun for self-defense, and for those who already a firearm.  I’m your host, Rob Morse. We have self defense instructor Ben Branam with us as co-host.

Hi, Ben.  I know you’ve been working on physical conditioning as well as shooting in the last few weeks.

Ben- Hi, Rob.  I’ve been working out and shooting..and my website was hacked by a shoe store.

Ben- We will study several examples of armed defense.  These gun owners survived a life threatening situation, but were they lucky, or did they do the right thing? Our first story took place last week in Princess Anne, Maryland.

Rob- First story-  Are you armed at work?

You own and operate a pharmacy. You ate lunch and are working in your office on some paperwork. You hear shouts from the front of the store. You step out of your office to see two large men wearing ski masks over their faces. They have a rifle pointed at your employees and your customers at the check-out line. You grab your handgun out of your drawer and shoot at the robbers. They run. None of your employees or customers were hurt.

Ben- The pharmacist had a gun.  Good for him.

Rob- Both of the robbers were over six feet tall, and they had a rifle.

Ben- The attackers had an preponderance of force. There were two of them and only one armed defender. They told people to get down on the ground. They posed a lethal threat with their rifle. That is why lethal force was justified, and necessary, to save innocent lives.

Rob- You need to recognize the situation when you see it. You can ask yourself, if I see this, am I justified in protecting myself and others.

Ben- Our good guy had thought that part through. He did not think about his self-defense enough. He did NOT carry a gun on his body. He had his gun in a drawer in his back office. That means he was  lucky to be in his office when the attack happened. If he had been at the drug counter.. A place where he spends a lot of time each day.. then the thieves could have taken the money, the drugs, the gun, and perhaps their lives as well.

Rob- Is this a common crime and a common response?

Rob- You’ve trained small business owners. What do you tell them to do?

Ben- The pharmacist recognized a problem. He faced a lethal threat and he acted. He shot at his attackers. When it is time to press the trigger, opening your mouth and talking makes it much more likely that you’re going to get shot.

Rob- he understood that this could happen to him.

Ben- Right. I’m betting that either he was robbed before, or someone he knew was robbed. Most people don’t listen to this podcast, so they don’t know.

In this case, there were three gang members who came in to do harm. That is why I want all the adult staff to be armed, not just the sore owner. There were times when the pharmacist wasn’t at his desk with his gun. He might go out for lunch. He might run to the bank or go to the post office box. He might be in the back of the store accepting a shipment that was being delivered. That means he won’t be there to protect his staff.

I want the assistant pharmacist armed because they are at risk.

I want the cashire and the stocking clerk armed because they are at risk.

Rob- The pharmacist missed his attackers when he shot at them.

Ben- A gun is not a magic wand. You have to practice until your first shot hits your target.

Another good thing that the pharmacist did is he did not chase after the robbers. I want you to stay behind a wall so you don’t give that bad guys a target to shot at.

Also, there was a getaway driver waiting for the criminals to come out. You don’t want to run out the door and get shot by their accomplice. So, good job there. The police arrested all three of the bad guys and they are now in jail.

You’ve finished lunch and are at home with your spouse. You’re both retired and have some disabilities. You hear a crash from the front of your house. A naked man broke through your front door. You shout at him to get out. You also grab your gun. The stranger walks toward your spouse and you shoot the intruder. Now the intruder turns around and leaves.

Police find the intruder sitting in front of your house. He fights with the police and has to be tazed several times.

Ben- This is the carry your gun on you all the time episode.

Ben- Suppose you and your spouse were on opposite sides of the house when the intruder breaks in. You might have to fight your way to your gun while your spouse is being attacked, and then get back to the fight while the attacker is now holding your spouse. That’s a very hard problem to solve. That is a nightmare. You’re in your 60s or 70s and a 24 year old man is beating up your wife or your husband.

Suppose you were watching your grandkids that day. Maybe then you can’t get to your gun and you all become victims. Let’s plan ahead so we face a problem we can solve.

Rob- Lots of people imagine they will have time to get their gun.

Ben- We’ve asked our listeners to find out for themselves. If you have a gun in the other end of the house, have a friend start clapping slowly. As they clap, you have to go to your gun and then come back to your friend. Each clap was a time your friend was hit by an attacker. Do you want to wait that long? I don’t.

Ben- Again, our good guys used verbal commands. “Get out of here.” and then they used self-defense when those commands didn’t work. Good job. Again, they called police and did not chase the crazy naked man. Leave that for the cops.

Rob- I noticed that both our first story and our second story took place in the middle of the afternoon.

Rob- Fist this message from Doctors for responsible gun ownership.

Rob- Third story- Are you armed when you’re driving?

You delivered food to an address after midnight. You’re walking back to your car when a stranger comes out of the darkness.

The stranger has a knife and demands your money and keys. He stabs you. You retreat to your car and grab your gun. You shoot your attacker. Now he stops attacking you.

Neighbors come outside and call police. You’re taken to the hospital for stab wounds to your back, shoulder, and head.

Ben- I just talked about being able to save your friend because you had your gun on you. The friend you save might be yourself. Good that our defender had a gun. Better if he had it on his body so he could get it when he needed it. This happened in Pennsylvania, so the driver could have a concealed carry permit and carry in public.

Rob- I bet he will once his wounds heal.

Ben- Yeah, but some wounds don’t heal. I want us to learn from his situation rather than wait until it happens to us or someone in our family.

And another thing, wearing a holster gives you a place to put your gun after you’ve defended yourself. The police won’t try to stop your bleeding until they have your gun put away. Witnesses are also reluctant to help you when you have a gun in your hands. Wear a holster if you can. We can show you how to use it. Honest. Millions of people carry concealed today..but you don’t see them..because, well, its concealed.

Rob- Yeah. We don’t advertise. Let’s go on to our fourth story.

Ben- Forth story? We usually do three stories.

Rob- Our listeners left us a message on the podcast facebook page and asked for a fourth story. If you like more stories, then let us know. If you want a shorter podcast, then let us know that as well.

Rob- Fourth story- Are you armed when you’re working construction outside?

You and your partner are working to repair an underground cable. It is an emergency repair and it is late at night. You’re both standing at the bottom of an excavated hole. Two strangers walk up to your work site. They point their gun at you and demand your money and your tools.

You draw your gun and shoot the robbers. They run away. You call police. They find one of the injured robbers at the end of the street.

Ben- I’m so glad he had a gun because it is really scary to have people pointing a gun at you when you’re down in a hole and can’t run away.

A gunfight is when the bad guys shoot at you and you shoot back. You don’t want to be in a gunfight. Good tactics mean you get a turn to shoot and they don’t. Use good tactics so you’re involved in a shooting where you stop the threat and they don’t get a chance to shoot you.

Rob- How do we change a gunfight into a shooting?

Ben- I’ve worked construction. You’re wearing a tool belt. You have keys and wallets and guns in your pockets. Just like at home when you undress, it takes time to pull all that out and complete the pocket dump.

Rob- So wait your turn.

Ben- Know how much time you need to present your gun and take a shot. Act when you see that opportunity. That said, don’t hesitate. You’re looking at a person who threatened to kill you. Don’t talk when it is time to press the trigger.

The good news is that you’re in a hole and under cover. That means that you’re hard to shoot once the bad guys step back a few feet. I like that a lot.

Once you defend yourself, grab your cell phone and call the police. Don’t jump out of the hole and chase the bad guys. You did a good job and didn’t get shot so far, now don’t go and spoil your good work.

Speaking from experience, you probably have to get out of the hole and get a drink of water and pee after the attack. If the scene is safe, then put your gun away and stay there until the police arrive.

Rob- We’ll be back after this message from the Second Amendment Foundation. 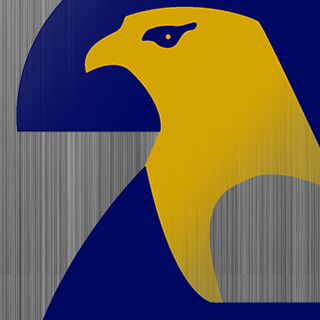 Exit-  Rob- that wraps up this episode. Ben, thank you for helping us again. Where can we learn more about you?

Ben- Look for me at Modern Self Protection.com.  I live in San Antonio, and most of my classes are in central Texas.  I teach armed self-defense and church security. Listeners can see my class schedule at my website, and they can also listen to my podcast Modern Self-Protection.

Rob- Do you like the longer podcast with four stories? Do you want more personal news from our instructors? Let us know what you think by leaving a message on the podcast facebook page.  We have an inbox there if you don’t want to leave your message in public.

Ben-  We share this podcast with you for free.  All we ask is that you share the podcast with a friend and give us a rating on I-Tunes and Stitcher.  We’re also available on Google Play Music and Spotify.