Rob- Introduction- I’m glad you found us and welcome to episode 138 of Self-Defense Gun Stories.

This podcast is for people who are curious about a firearm for self-defense, and for those who already own one. I’m your host, Rob Morse. We’re joined this week by self defense instructor Amanda Suffecool. 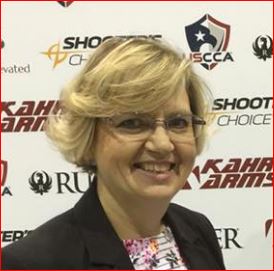 Amanda- Hi, Rob.  I’ve been working and shooting and…

Rob- Amanda, how do you listen to the show?

Amanda- On my cell phone with  (iTunes?)

Rob- We only have 18 ratings on iTunes since apple wiped us out. Please leave a comment and a rating.

Rob- I’m looking for a bilingual podcaster who will make a spanish version of Self-Defense Gun Stories. If you know someone, then please ask them to contact us.  Until then, Amanda, please introduce our podcast to our new listeners.

Amanda- We study several examples where gun owners survived a life threatening situation. Were they lucky, or did they have a plan? What should we do if we were in their place? Our first story took place last week in Chicago, Illinois.

Rob- First story-  Are you armed as you wait for the bus?

You’re on your way to work. It is six in the morning and cold outside. You’re in your medical scrubs and a heavy coat. As you wait for a bus, a young man comes up to you. He pulls a gun from his pocket. He tries to knock you down and grab your purse. You have your concealed carry permit. You’re armed. You present your firearm and shoot your attacker in the chest. Before you can fire again, he runs away. You grab your purse and run across the street.

There you call police. They find your attacker a block away. He died at the local hospital from a gunshot to the neck. Your attacker had a record of drug arrests and assaulting a police officer.

Amanda- POGO
Amanda- He was able to run a block, so this was a psychological stop.
Amanda- She got to safety rather than chase her attacker.
Amanda- Call the police.
Amanda- purse carry?
Rob- Anything else?
Amanda- This happened very fast. It was only a couple of seconds from start to finish. That makes practice very important so that you can respond instinctively rather than having to think about what you’re doing.
Rob- What kind of practice does that take.
Amanda- gun safety. Find a gun that fits you. Learn to present from a holster. Learn to concealed carry. Dry practice takes 10 minutes a night at home for 2 weeks. Go to the range and review. You can’t become unconsciously competent tonight, but you can in a few weeks. It takes less than a month, and if you don’t do it then you’re going to be defenseless in a month.
Rob- It seems I read stories like this fairly often.
Amanda- Most robberies take place in public so this is the most likely scenario for your self-defense. That makes it a good choice for a first story.

Rob- Second Story-  Are you armed as you go shopping?

It is 8:30 at night and you are sitting in your truck. You’re searching through your phone and your shopping list before you go into the grocery store. You look up to see a security guard stop a man and a woman coming out of the store. The security guard asks them to go back inside. The man pulls a knife and tries to stab the guard. The guard knocks the knife out of the attackers hand. The two men wrestle to the ground.

You are one of the ten million people in California with your concealed carry permit. You’re armed tonight. You step out of your truck and see if anyone needs help. The attacker yells for his girlfriend to pick up the knife and stab the guard. She picks up the knife and walks toward the two men on the ground.

You draw your firearm and tell her to drop the knife. She does. You step forward so the knife is closer to you. Police arrive a few seconds later and you holster your firearm.

The guard was taken to the hospital to treat knife wounds on his hand. The couple was arrested for robbery, conspiracy, and assault with a deadly weapon.

Amanda- know when you should intervene and when you should be a good witness.
Rob- Did the armed concealed carrier have a right to shoot the woman?
Amanda- Perhaps, but he used verbal commands and she dropped the knife. That shows an incremental escalation along the continuum of force. That is sophisticated self-defense to go from using your physical presence, to using words, to using your proximity before you move to contact or lethal force.
Rob- Your beginning students are learning to safely live with a gun. When do you talk about armed confrontations with your students? Is it in concealed carry?
Amanda- You’re coming into the middle of a confrontation. The gun on the ground yelling “Stab him. Stab him” is a pretty good clue that you found your bad guy.

Our third story happened last week outside of Portland, Michigan.

Rob- First this message from

Rob- Third story- Are you armed at home in the evening?

Someone knocks on the door to your home and then comes inside. It is ten at night and the man is yelling that someone is chasing him. You grab your gun and call the police. You go to the center of your home and ask the stranger who is chasing him? The stranger says that there are people outside trying to kill him. You and the strange man look at your front yard but there isn’t anyone there. You tell the stranger he is safe. Then you ask him if he needs to call the police? The stranger follows you back inside your home. The strange man starts talking but he doesn’t make sense.

You tell him he has to leave. He pushes you backward and then grabs you. You try to push him away but can’t get him to let go. You shoot the stranger and retreat once he lets go of you.

The police arrive a minute later in response to your earlier call. The strange man abandoned his truck and stole the vehicle sitting in your driveway. Police think that drugs and alcohol might be involved.

Rob- What did our homeowner do correctly?

Amanda- He got his gun before he needed it. He called police before the violent encounter. I assume he had a flashlight if he was searching outside.
Amanda-  THis is a hard one, you don’t WANT to leave someone outside when the potential badguy ( that he led you to believe existed) is out there – but as you see… there is more to the story than originally meets the eye.
Rob- What do you want your students to do?
Amanda- Lock your doors. Keep the crazy people outside. Offer to call the police to come help them.
Amanda- Our forth story took place last week back in Chicago, Illinois.

Rob- Fourth story- Are you armed when you step outside on New Years eve?

You stepped outside for a few minutes. It is new years eve and there is noise coming from all along the block of brownstone apartments. Two men drive by is a small car. The stop the car, get out, and run toward you with guns in their hands. You’re being robbed.

You have your Illinois concealed carry license. You’re armed tonight. You back away from your attackers. They say to hand it over, but as they get closer you draw your gun and fire several times. The two men run back to their car and drive away. You go back inside and call police. You’re not injured.

The police arrest your two attackers at the hospital.

Amanda- Be armed even if it means you can’t drink on New Years eve.
Amanda- Our defender did a good job with this attack. He shot until the threat stopped, and then he stopped shooting. He did not shoot at the bad guys as they were running away, or at the car as it drove away. Our good guy knew the law AND had some self-control. Our good guy also called the police immediately. You want to be the first person to call so you are identified as the good guy and the victim.
Rob- Is there anything else you’d want your students to do in this case?
Amanda- Streetlights. A flashlight might have helped, but I don’t know that it would have changed the way the attack unfolded. Abrupt movement away and to the side as you draw and defend yourself.
Rob- You don’t learn to move and shoot in your basic firearms safety class. When would I learn to do things like that? (safety class. CC class. Holster, presentation, and movement class)

Exit-  Rob- that wraps up this episode. Amanda, thank you for helping us again. Where can we learn more about you?

Amanda- You can find me at eye on the target radio radio. I have a nationally syndicated radio show on Sunday night from 5 to 7 eastern time. Give us a listen and call in and talk with us.  I also instruct on the weekends.

Rob- After you listen to Amanda’s show, then leave us a message on the podcast facebook page.

Amanda- We share this podcast with you for free.  As Rob said at the beginning of the show, we only have 18 ratings on I-Tunes, so please give us a rating and share the podcast with a friend. We’re also available on Google Play Music, Stitcher and Spotify.

Rob- This podcast is part of the Self-defense radio network. Find other great shows like eye on the target radio at sdrn.us