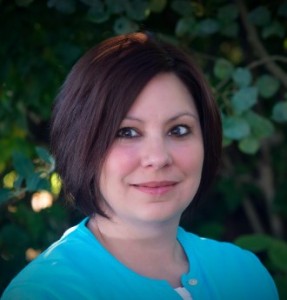 Jenna- Hi, Rob.  Hi to our new listeners, and welcome back to our regular listeners. Together, we report and analyze examples of armed civilian defense each week.  Our first example took place this month in Albuquerque, New Mexico.

First story-  Several months ago, a young woman was deliberately hit in the head by her boyfriend.  Police issued a warrant for his arrest.  He was not arrested, and he continued to threaten the woman and her child.  The woman felt safer after she and her daughter moved in with her 76 year old father.

Jenna-  How long would it take you to get your gun at night?

Can you shoot accurately when it is dark and you can’t see your gunsights?

The next story takes place in Peoria, Arizona.

Second Story-  Two robbers came into a Peoria smoke shop at 5 in the evening.  One of the robbers was carrying a handgun and had his face covered with a bandana.  They demanded money from the cash register.  The store clerk was giving them the money when another store employee in a back room saw what was happening.  The second employee grabbed a gun and started firing.  Both robbers fled.  The robbers shot back, but no one was hit.

Jenna-  Can you shoot accurately and make your first shot count?

The next story takes place in Everett, Washington.

Third story-  They had trouble before when the house in Everett, Washington had been burglarized and a firearm stolen.  This time, two masked and armed robbers kicked in the front door just before 5 in the morning.  The robbers held the residents at gunpoint and sprayed them with pepper spray.  A room mate heard the attack, and came out of his room with his gun drawn.  He saw his roommates held at gunpoint, and fired.  He killed one of the robbers, but the second robber escaped.

Jenna-  Again, how long would it take you to get your gun at night?  Can you shoot in the dark or the dim?

Do you have a solid bedroom door that would slow down an intruder?

Do you know the criminal history of your property?

Jenna- Rob, I think we’re confusing two different things with our stories this week, and I want our listeners to know the truth.  We should carry a gun where we are at risk.  We can be attacked anywhere and at anytime, but most people are attacked outside their home and at night.  We’re reporting our stories based on where most people are armed rather than where they are attacked.  Unfortunately, most people leave their guns at home.  I want them to carry all the time.

Exit- Rob- That wraps up this episode. Jenna, thank you for helping me today.  Where can our listeners learn more about you?

One Reply to “Episode 19 with Jenna Meek”