Rob- Introduction- Welcome to episode 269 of Self-Defense Gun Stories. We’re glad you found us if you’re well trained.. and if you’re still learning about armed defense. I’m Rob Morse and we’re joined this week by firearms instructor Ben Branam. How have you been, Ben? 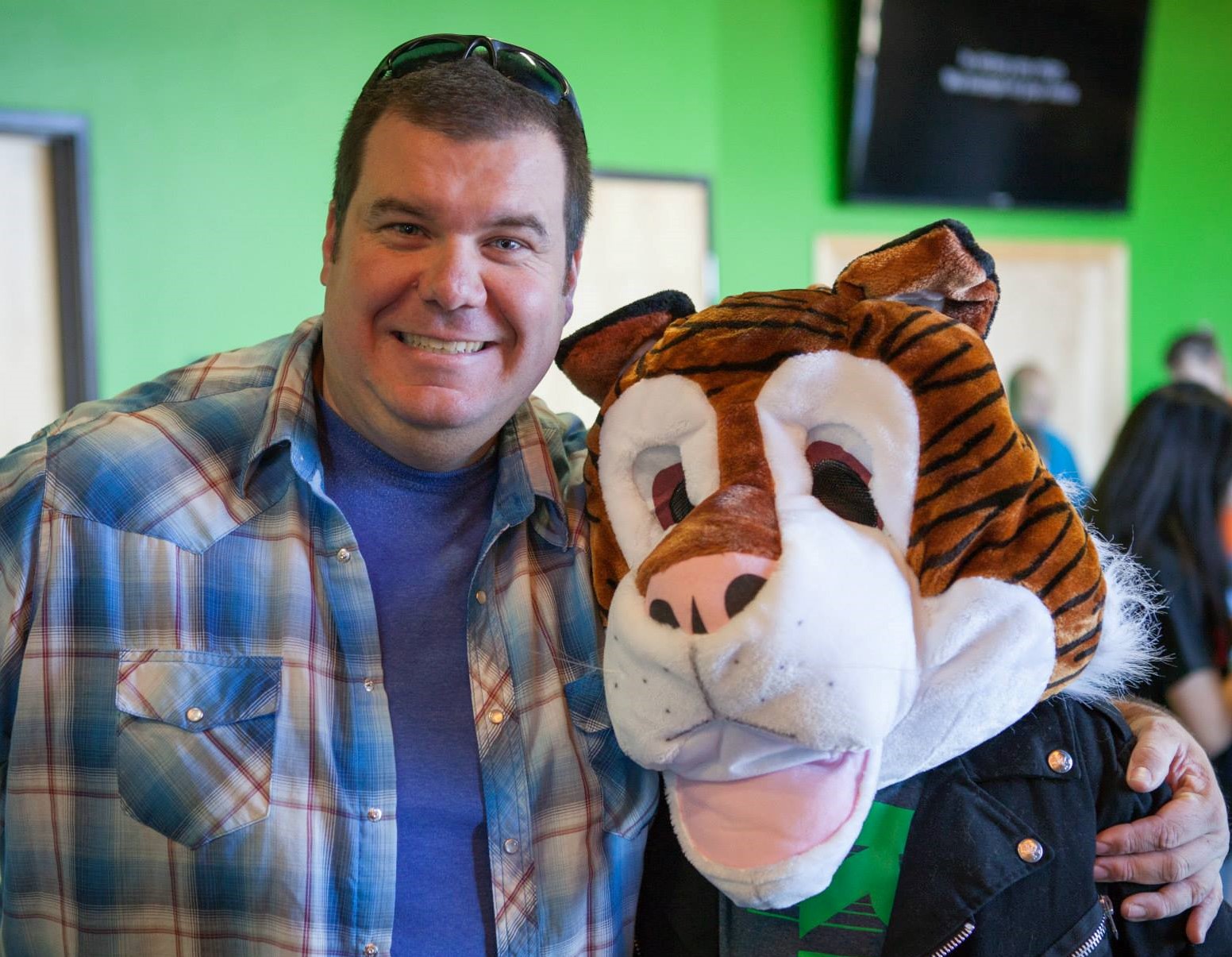 Ben- Hi, Rob. I’ve been competing and having a ball.

A listener named Bob sent us a message. He said-

A close relative was attacked by a gang as she was walking near her home. She defended herself with her lawfully carried concealed handgun. As far as Bob knows, all the attackers were arrested and prosecuted. It was over a year after the trials when she finally got her gun back. By that point her gun was rusted and unusable.

It took even longer for her to get a lawyer and a letter from the district attorney saying she would not be charged.

She is now an NRA firearms instructor and instructs women in armed defense.

Thank you, Bob, and thank you to the young woman who is sharing her valuable experience with her students. I bet her students believe her when she suggests they buy self defense legal insurance.

Gucci said the podcast could be much better. I should interview each person involved in the armed defense incident and find out what they were thinking. Quote, Rob makes it appear that shooting bad guys is an easy and simple act for average people to replicate, close quote.

Gucci gave us three stars out of five.

I write an indepth look at an armed defense story each week. Look for the armed citizen column at Ammoland. That still leaves us with plenty of examples to talk about here.

Please go to the iTunes store where you subscribe to podcasts and give us your rating and comments.

Ben- Here in the US, we defend ourselves with a firearm thousands of times a day. We look at a few recent examples to see what we can learn. The links back to the original news articles are on our podcast webpage.

Rob- First story- Are you armed at home?

You’re arguing with your boyfriend. You leave the home you share and come back from work early in the morning before dawn. Your boyfriend fights with you and hits you in the face several times. You run to your bedroom and grab your gun. You then run for the front door.

Police arrest your boyfriend and transport him to the hospital with gunshot wounds to his hand, arm, and

He is released from the hospital and charged with felony domestic violence, and an enhancement for having two prior convictions of domestic violence. Your ex-boyfriend is held on a 100,000 dollar bond.

Rob- What did the defender do to save her life?

Ben- She was ready to fight!  Even with someone she was cohabitating with and probably had deep feelings for.

Rob- What else would you like us to do if we were in a situation like this one?

Ben-  Get out!  Get help early.  Talk to everyone you know, someone will be able to help you.  And you may have to run for your life.

Rob- When would your students learn about that?

Ben-  I get students after the fact.  After something like this happens.  This is something girls should be taught in school, but since our education system won’t do it, us good people need to keep an eye out for these situations with friends and family and give them the education when it is appropriate.

Rob- Does that take practice?

Ben-  Yes, because the first time you see it you will second guess yourself and when you do talk to the person that is in trouble you are going to mess it up the first time. Keep trying, the life you can save is worth the effort.

Rob- If we can help early that is the best way.

Ben- Exactly, we win every fight we don’t get in.
Rob- Anything else?

Ben- That is enough for now. Our second story happened in Albuquerque, New Mexico.

Rob- Second Story- Do you have your firearm nearby at night?

You’re asleep in your bed. You hear a crashing sound and your house shakes. You hear a stranger’s voice inside your home. You grab your gun and shout that you’re armed. You hear a gunshot, and it wasn’t yours. You and your wife grab your children and retreat to a safe room. You call 911.

Your attacker is long gone by the time the police arrive. So is your car that was parked in your garage. Your attacker kidnapped three people and stole their cars this morning. Your car is found near one of the kidnappings. Your attacker shot at those people too, but he escaped the police.

Ben-  I like that our defenders had a script and followed it.  I train people to do this and this is most of my plan.

Rob- Is there anything else you’d like your students to do in this situation?

Ben-  How’d this person get in?

Rob- What else do you see here?

Ben- Where do you keep your car keys?

Have you thought about going to a second location?

Rob- Third story- Do you have a firearm nearby when you are asleep?

You are at home asleep. It is just before dawn when you hear someone trying to get in your windows and doors. You grab your gun. You leave your bedroom and walk into the center of your home. You see an intruder. You point your gun at him and fire one time. Your intruder runs from your home. You stay inside and call 911. You put your gun away when the police arrive.

Police find your intruder on your front lawn. He has a bullet wound to his arm. EMS takes him to the hospital. Police are trying to determine how the intruder got into your home.

You’re not charged with a crime.

Ben- I like that he had his firearm ready and he had a defense in depth.

Ben- Multiple layers that give you time to make decisions, get help, retreat, or shape the fight in your advantage.

Rob- Why do you say that?

Rob- You pick the time and place

Ben- Whenever possible.  The Marine Corps did a study a long time ago and said it takes 7 attackers to oust 1 defender.

Rob- Fourth story- Are you armed as you drive?

You’re driving down the street just after 7 in the morning on a weekday. You see a pair of dogs attack a small boy. People are beating the two dogs involved. Someone is shooting them with a paintball gun. The dogs won’t let go. You stop your car and get out. You shout for people to step back. You present your concealed firearm and shoot the dog who is biting the child. One woman shouts and says she is hurt. The dog lets go of the child. Someone takes the wounded woman to the hospital in a private vehicle.

You stay at the scene. You holster your firearm and call 911. You speak to the police when they arrive. Emergency Medical Services take the injured boy to the hospital. One dog is dead. The other dog is held for animal control. You give a statement to the police.

You have video of the attack, and so do other people on the scene. You show the police your identification and your carry permit.

You ask if you can get contact information on the young boy who was injured. He is treated for bite marks on his face and legs. You are not charged with a crime. Police are still looking for the owner of the surviving dog.

You give the young victim a get well card the next day. Police think the bystander was struck by a piece of pavement or a fragment of the bullet after it went through the dog and hit the street.

Ben- Gun owner. Carry permit. Armed today. Video system on his car. Perhaps a commercial driver or rideshare driver. Heads up and eyes open. Decided to act. Asked people to step away. Stayed at the scene. Gave a statement. Asked about the victim.

Rob- What else would you like us to do?

Ben- I want  you to have self-defense insurance.

Rob- What is that important?

Ben- A bystander was injured. She can sue you for medical bills, lost wages, pain and suffering. You want a lawyer to represent you in those claims.

Rob- We might do the right thing and then have to pay for it.

Ben- Yes, we might. I want you to recognize that and do it with your eyes open rather than be surprised. I might defend the child even though it could cost me hundreds of thousands of dollars.

Ben- A choice I made so I don’t hesitate in the moment when time counts.

Let me leave you with my simple handgun penetration rule, if you need your bullet to penetrate, it probably won’t.  If you need it to not go through something, like this case, it probably will.  Live Firearms Safety Rule #4, “Know your target, and what lies beyond.”

Exit-  Rob- that wraps up this episode. Ben, thank you for helping us again. Where can we learn more about you?

Ben- I teach armed self-defense and church security. I live in San Antonio, and most of my classes are in central Texas. Sign up for my classes at Modern Self Protection.com, and subscribe to my weekly podcast called Modern Self-Protection.

Rob- After you look at Ben articles, watch his videos, and subscribe to his podcast then leave him a message on Episode 269 webpage.

Ben- We share this podcast with you for free.
Please share the podcast with a friend and give us a rating on I-Tunes and Stitcher.
We’re also available on
Google Podcasts, Tunein, Spotify, Podbean and iHeart Radio.

Rob- Like Ben’s podcast, this show is part of the Self-defense radio network. Find more pro-freedom podcasts at sdrn.us

I’m Rob Morse. We’ll be back in a few weeks with more Self-Defense Gun Stories.