Introduction- Rob- Welcome to episode 33 of Self-Defense Gun Stories.  This podcast is part of the Self-Defense Radio Network.  I’m Rob Morse and we’re joined this week by self-defense instructor Tatiana Whitlock.  How have you been, Tatiana? 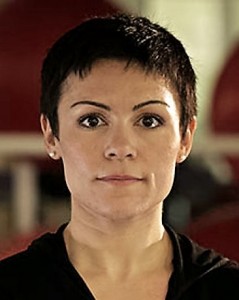 Tatiana – Hi, Rob.  Hi to our new listeners, and welcome back to our regular listeners. Together, we report and analyze examples of armed civilian defense.  We inform you about the news, and I hope we inspire you to defend the people you care about.

Our first story took place this month in Texas.

Rob- First story-  Are you armed as you arrive home?  A couple drove to their Lubbock, Texas home late at night.  They pulled into their driveway.  An armed robber wearing a ski mask pointed a gun at the driver and demanded that the couple get out of their car and hand over their money.  The passenger got the couple’s handgun and passed it to her husband behind the wheel.  The driver fired several times and hit the robber once in the leg.  The robber ran.  Police soon picked him up and took him to the hospital.  The victims were shaken, but unharmed.  The robber was released from the hospital and taken to jail.

Tatiana –Good thinking by the female gun owner.  On body is better.

Rob-  You don’t need to know that in order to get your ccw.  How would a gun owner learn to do that?

Tatiana – We’ve learned a lot from the police.  Now we have “vehicle combative” courses.  See Will Petty at 88 tactical in Texas.

Second Story-  Are you armed at home in the middle of the night?  A 27 year old career criminal kicked in a front door in Columbus, Ohio.  We assume the homeowner was sleeping at 4:30 in the morning.  The 55 year old homeowner woke up, grabbed his gun, and confronted the intruder.  We don’t know what words or threats were exchanged, but we know the robber was shot.  He ran several blocks before he collapsed.  It appears that someone else reported the wounded robber before the homeowner made the call to police.

Police took the robber to the hospital and then to jail.

Tatiana-  Few of us are fast enough to win prizemoney.  I want you to dry practice with your phone so you win the race to the police.  That race can save you tens of thousands of dollars.. And the winning ticket is free with a little practice.

THE FIGHT ISN’T OVER JUST BECAUSE SHOTS WERE FIRED

Rob-  We don’t have time to cover everything you should say and not say to the police, but I’d like you to remind our listeners the first thing you have to tell 911.

Tatiana –  Here is the address.  I want police.  Answer simple questions, and put the phone down.

Rob- Where would a gun owner learn about his police interview?

Tatiana-  From an instructor.

Become a member of ACLDN and use the promotion code “Paul” at https://armedcitizensnetwork.org/

Third story- How quickly can you get your gun when you’re in the shower?  This homeowner wasn’t expecting trouble.  She’d just stepped out of the shower when she noticed that that one of her doors was wide open.  She saw an armed intruder in her home.  She retreated to her bedroom.  She grabbed a gun and locked the bedroom door.  Then she called police.  She was familiar with the 911 operators since her husband is the chief deputy in Union County just outside Charlotte, North Carolina.

The two robbers ran as the police arrived.  Yes, they were armed, since they had also taken one of the deputy’s guns as they robbed the home.  Police caught the robbers after an overnight manhunt.

Tatiana- The homeowner said the doors were locked.  She heard her dog’s bark, and went to investigate.

Rob- I have not dry practiced from the nude and wet position.  Talk about that without loosing my PG rating.  (What class?  Need for practice to work out the details of sheltering in place in your home.)  We practice shooting standing up.  This gun owner needed practice shooting from behind a bed or bookcase.  How can we practice that?

Tatiana-  Distance is your friend.  Get behind a bookcase and as far away from the door as possible.  That probably means you’re hiding in a corner somewhere.

Rob- How do we do that?  Do we use a finger gun?  Blue gun?  Force on force with barrel block?

Tatiana- this is great practice because it fits your situation.

Exit-  Rob- That wraps up episode 33. Tatiana, thank you for helping me today.  Where can our listeners find out more about you?

Tatiana- They can contact me at http://tatianawhitlock.com/.  They can also find the courses we have available at Ann Arbor Arms Academy and Howells Gun Shop  My written articles are published at On Target Magazine.

Tatiana – If these examples inspired you, then please share them with a friend and give us a rating on I-Tunes.

One Reply to “Episode 33 with Tatiana Whitlock”