Rob- Introduction- Welcome to episode 92 of Self-Defense Gun Stories.  This podcast is for people who might want a firearm.. and for those who already have one.  I’m your host, Rob Morse, and firearms instructor Elizabeth Hautman is our co-host this week.

Hi, Elizabeth. I hope you had a great vacation, a happy Christmas, and a happy new year. 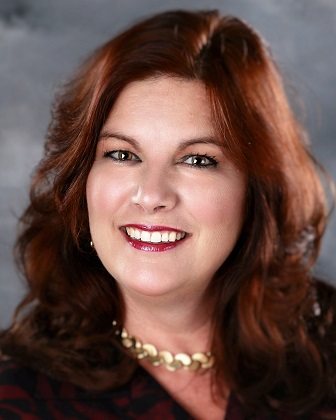 Elizabeth- Hi, Rob.  I’ve been enjoying time off with my family.  This is the best time of the year.  I feel like I can reset  and hit the ground running for 2018.

Rob- Elizabeth, please introduce our podcast to our new listeners.

Rob- First story-  Do you have a firearm nearby when you sleep at night?

You live in a mobile home by yourself. You hear a crashing sound early in the morning. At least you thought you heard it. It was loud enough and it shook the whole building. Did you imagine it? Now you hear voices outside. Someone has broken into your home. You grab your firearm and move from your bedroom toward the sound. You see two strangers in your home. You shout for them to get out. One of them shoots at you. You shoot back. Both men run. You back up to your bedroom and call police.

The police tell you that your attacker was a three time felon who had a gun.

Elizabeth- Good that he locked his doors. An alarm would be even better.  I really believe that at a crazy hour in the morning, it is difficult to recognize a threat.  Our homeowner, got over his/her disbelief and accessed their firearm.

Good that he had a gun, knew where it was, and what condition it was in, ready to fire.

Elizabeth- This is why the castle doctrine is so important. These robbers were armed. You don’t have to announce yourself to a team of armed robbers as you’re standing there in your underwear. That is bad planning. I tell my students to get their gun, call the police, and then wait in their bedroom so you force the robbers to come to you!

Rob- It seems like a pretty vulnerable position if you walk out of your bedroom and yell at a bunch of armed robbers while you’re standing in the middle of your kitchen in your underwear.

Elizabeth- A pre thought out plan may have kept the homeowner safer when bullets were flying.  In my home, there is nothing besides me and my family worth bleeding over.  If someone wants the 10 year old television, I am not going to risk getting in their way.  So my plan is to stay between bad guys and the kids, no more.  I set up a defensive position and wait.  If I had not planned or thought about this in advance, it would be easy to chase people through my house, possibly exposing my family to danger.

Rob- If you stay in your bedroom, are you justified in shooting them as they come through your bedroom door?

Elizabeth- You forced them to come through your doorway. You don’t have to announce where you are.  That is up to you.  If bad guys are entering my bedroom, through that fatal funnel, the doorway, I will be ready.

Rob- Second Story-  Are you armed at home when you’re up late at night?

You are up late at night. You’ve put your three month old daughter to bed. Your husband is out of town, and you can’t sleep. It is just after midnight when you hear your alarm sound. You’re suddenly wide awake and you hear the back door open. You grab your gun and move toward the sound. You see a stranger standing in your kitchen. You raise your firearm and yell for him to leave. Your dog runs toward him barking. The man leaves the way he came.

Now you lock the doors and call police. She says she’d practiced getting her gun before.

Elizabeth- Lock the back door.

Elizabeth- Have your gun on you. What if they broke through the front door and your daughter and your gun were on the other side of the house?  Again, I would get between my daughter and the intruder.  I won’t chase a bad guy, I will let the intruder come to me.

Rob- It sounds like she needed to go get her gun.

Elizabeth- A dog is a good alarm, but a real electronic alarm doesn’t go off each time the mailman goes by.

Your family owns a small corner grocery. You also own a small cell phone store a few doors down the street. You have video cameras in both stores. You notice the motion and look up to see an armed robber walk into your brother’s store. He is pointing a gun at your brother an another employee. You run out the door and draw your gun. You brace yourself behind a concrete post and yell for the thief to drop his gun. He turns and shoots at you. You shoot back. You hit the thief in the shoulder and he drops his gun. You stand over him with your gun drawn while your brother calls the police.

You have your concealed carry permit. The police look at the videos. The teenage robber was out on parole. It was illegal for him to have a gun, and illegal for the robber to carry concealed firearm in public.

Elizabeth- I notice that criminals don’t obey gun laws.  As is often the case.

Rob- What else should we learn from this story?

Elizabeth- The store owner was alerted by a video camera.  That is great.  It was also great that the store owner had his gun on him because he didn’t have time to get it from a safe or a locked drawer.

Rob- What would you tell your students to do in this situation?

Elizabeth- Bad tactics in getting into a gun fight because you talked when you should have been shooting. Good tactics in hiding behind a concrete pillar.  Also marksmanship played a role in this scenario as well.

Rob- When are we justified in using lethal force, and was it justified? The robber hadn’t shot anyone yet.

Rob- What do you say to the police?

Say your family was attacked. The robber shot at you. You defended them. Let the video do the talking if you can. Contact your lawyer and say you’ll answer all their questions and help with the investigation after you’ve talked with your lawyer. You want to point out obvious evidence, but that is a slippery slope.

Rob- Why is that a problem.

What you said may not be exactly what happened. The patrolman’s written record may not match exactly what you told him. Wait until you speak with your lawyer. Your lawyer will ask to see the tapes before he makes a statement to the police.

Exit-  Rob- That wraps up this episode. Elizabeth, thank you for helping us today.  Where can our listeners learn more about you?

Elizabeth- I instruct in Colorado Springs.  I teach small classes at my private range in Black Forest.  Students can contact me at Colorado Boots Firearms Instruction.

Elizabeth-   We share this podcast with you for free.  Please share it with a friend and give us a rating on I-Tunes and Stitcher.  We’re also available on Google Play Music and spotify.